Hellenis is a jewelry store on Fifth Avenue, New York. It is located in the Olympic Tower, which was built in the 1970s by Aristotle Onassis and was the first multi-purpose building of its kind.
As the jeweler’s name suggests, it refers to the Hellenic roots of the owner. The picture logo can be understood as two opposite rings or as a chain link. The letter ‘H’ is also visible. The Didot was used for the lettering. The classicistic antiqua gives the logo a classic and elegant appearance. The colour palette is based on the facade of the 189-metre high skyscraper. It is clad in brown tinted glass, which gives it a reflective, partially black surface. 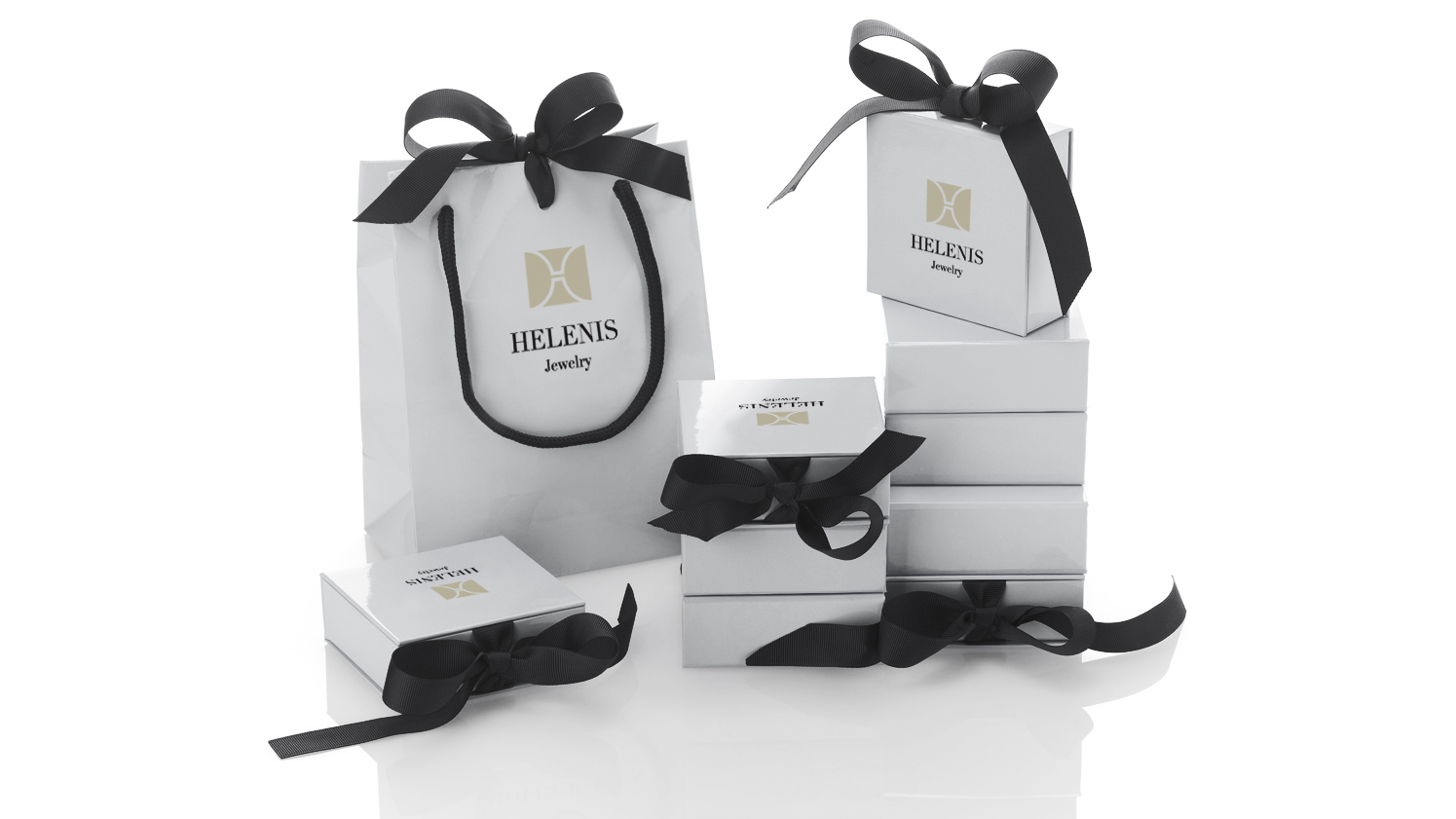